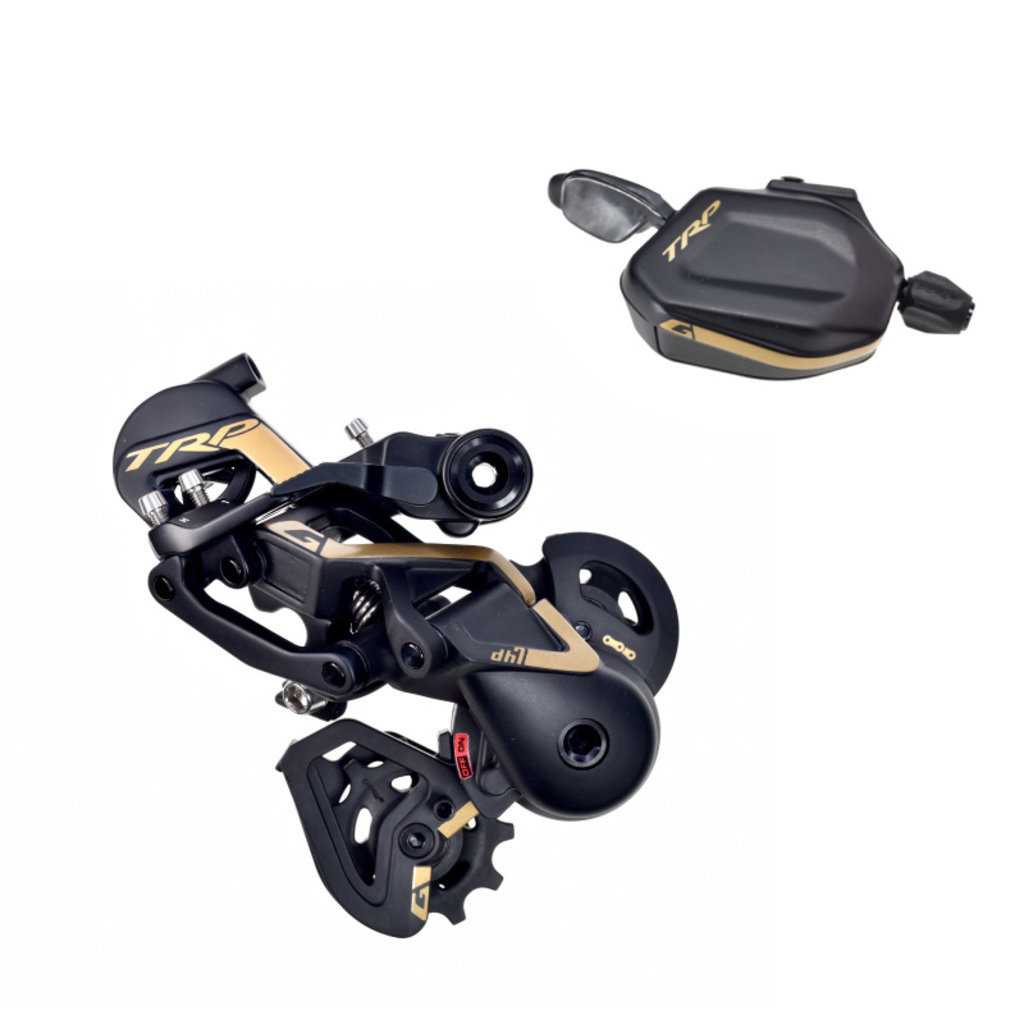 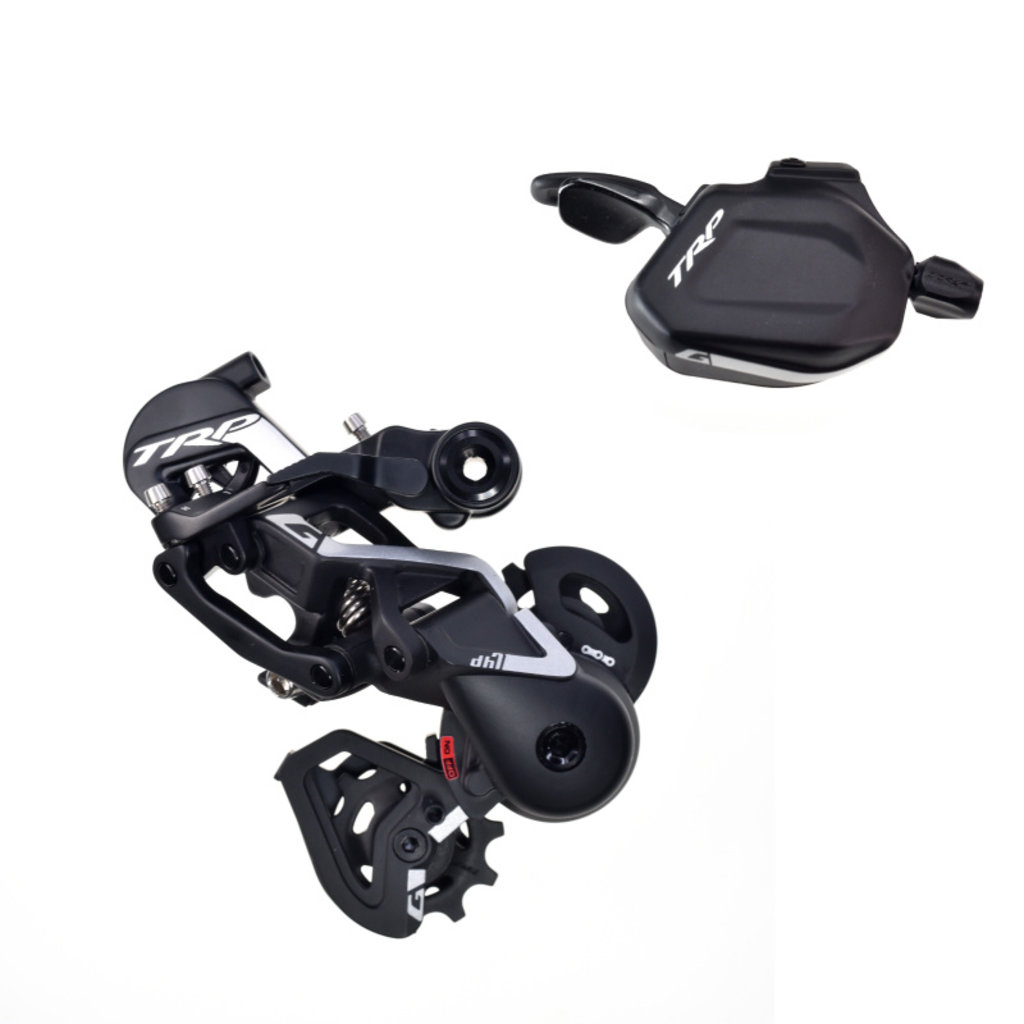 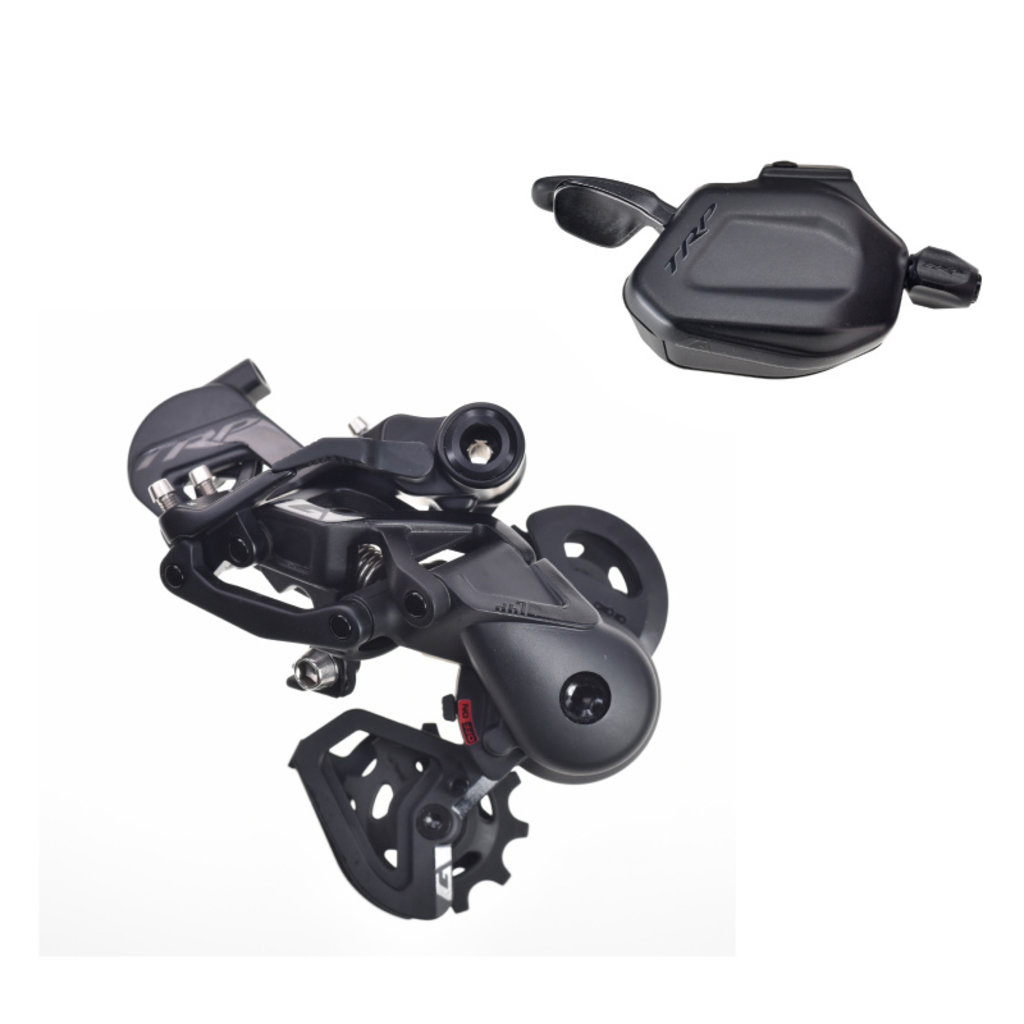 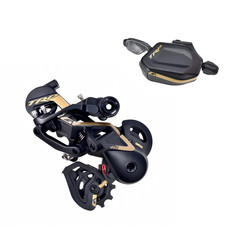 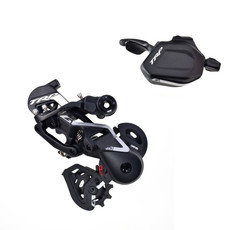 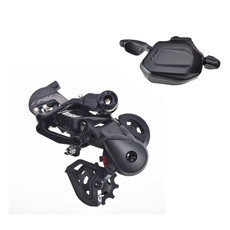 TRP’s new DH7 shifter is molded from carbon fiber and features TRP’s linear release action for upshifting to higher gears. This unique ergonomic and mechanism allows the cable release lever to more closely mimic the motion of a rider’s thumb producing super-fast and super-precise shifts out of the starting gate, while maintaining a tight grip on the handlebar.

Derailleur: The ongoing competition amongst the best mechanics in the world during a World Cup season is to build the quietest bike on the track. John Hall identified the movement of the derailleur around the B-knuckle as one of the points for improvement. This inspired John‘s idea to lock the B-knuckle to the bike‘s derailleur hanger.

Shifter: Ergonomics are key to Aaron and he wanted something different for a reason. In addition to adjustability, TRP engineers looked at the cable release lever’s ergonomics and devised a system to move it in a linear path to mimic the motion of a rider’s thumb rather than rotating away.

All information subject to change

+ Add your review
0 stars based on 0 reviews

Not happy with your purchase? Ship it back to us on the house.
Have questions? Chat with an expert now
Add to wishlist / Add to compare 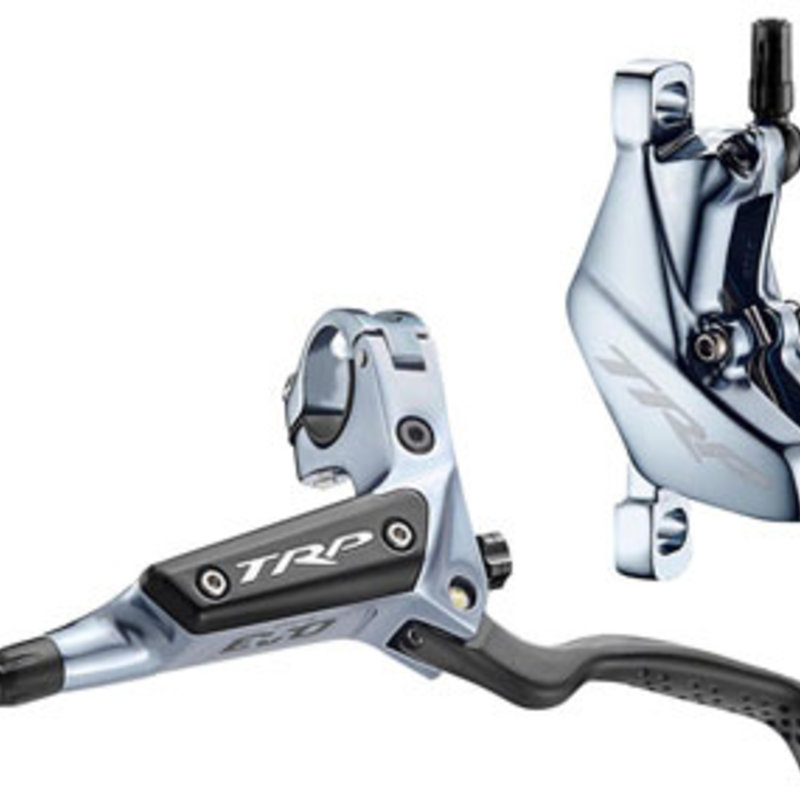 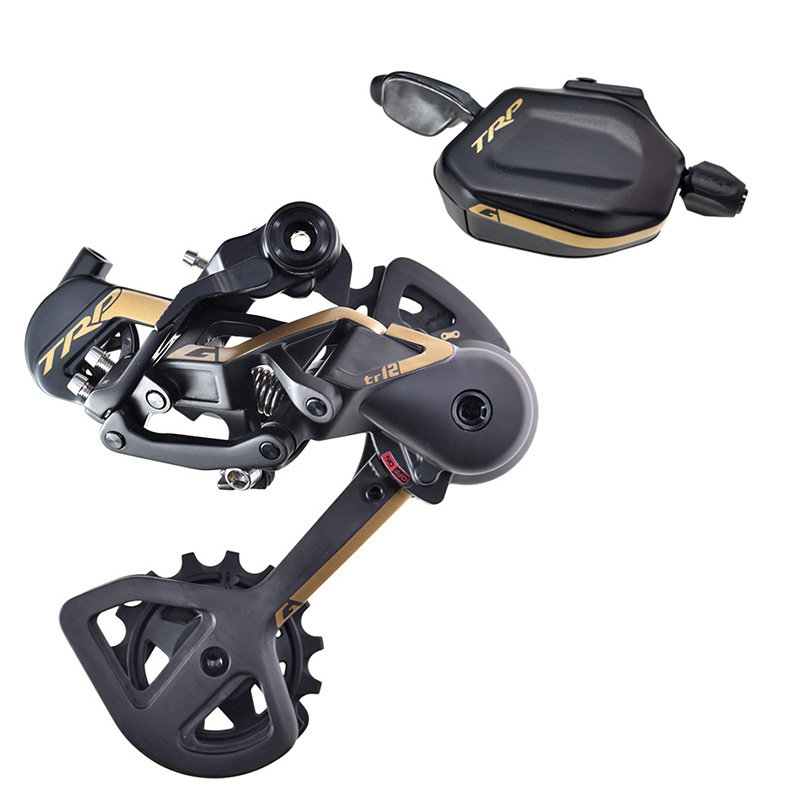 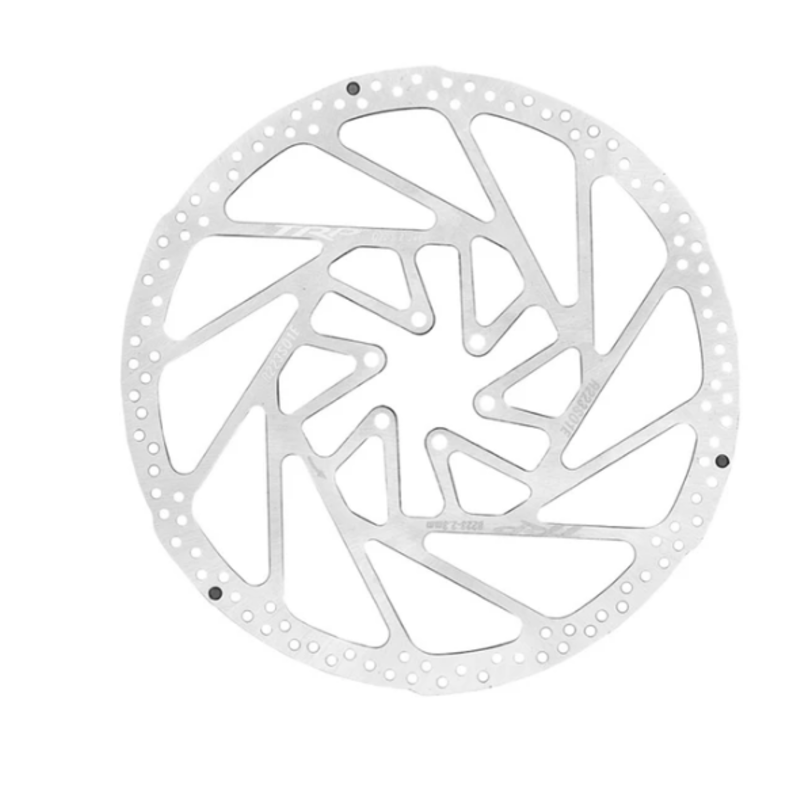 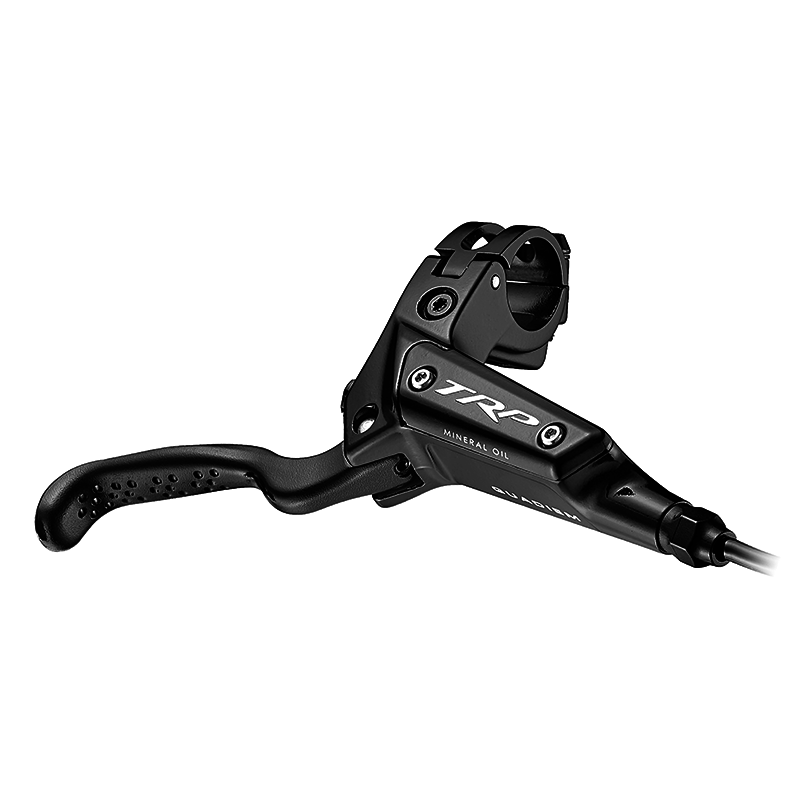